Finally got the game set back up again after its trip to Pintastic, so an overview of the past few weeks...

I didn't want to mess with the functionality too much since things had seemed mostly solid, so once all the art was done, I tried to focus on finishing touches.

I wanted to cover up the apron since it was just a clear piece of plastic and a bit ugly, so I had the random idea to just use green felt like on a poker table. And what goes on a poker table? Chips! 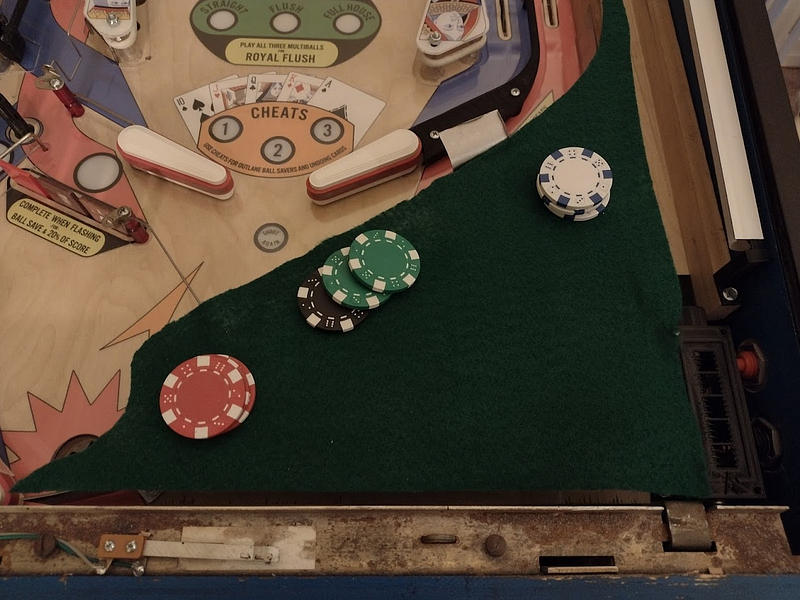 These are just super-glued together, but they're holding up alright. With the lockdown bar and instruction card on, it doesn't stand out too much 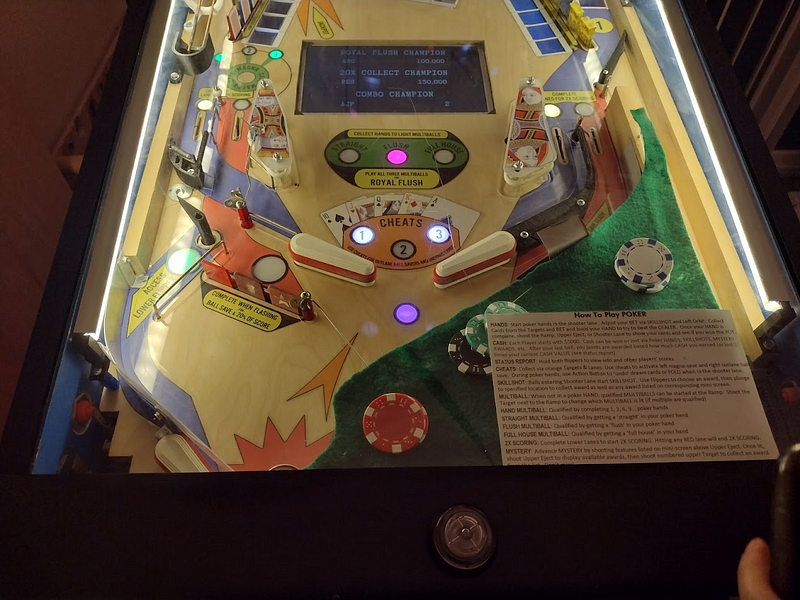 At the request of a tester, I added a quick shooter gauge. I would have liked to use an existing one from a game with some nice art, but none fit the weirdly shaped bottom corner I ended up with... 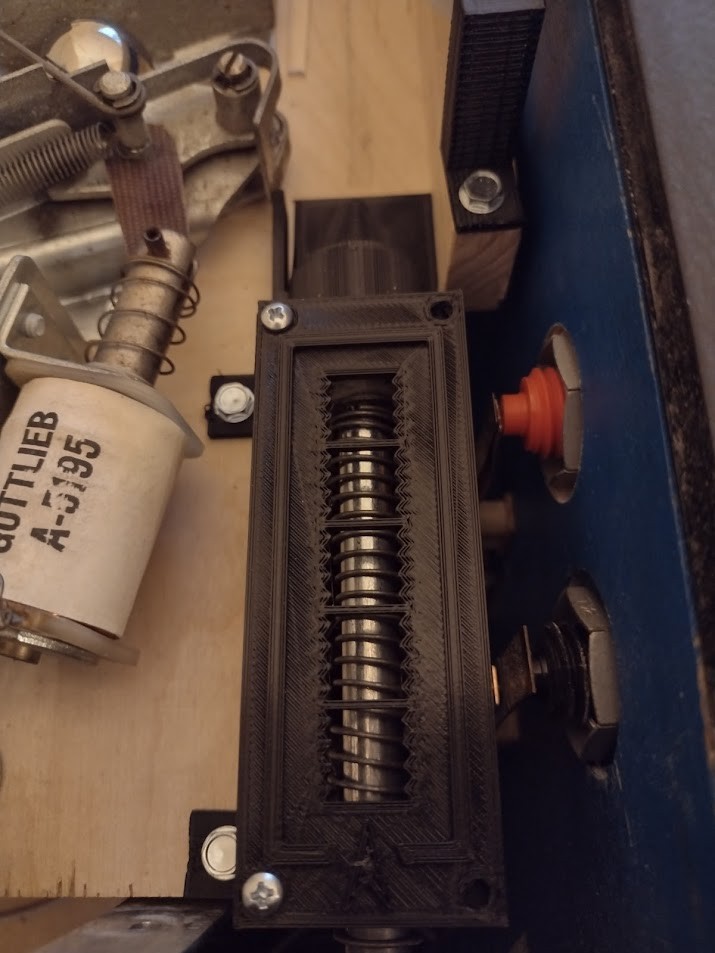 And, as a last finishing touch: 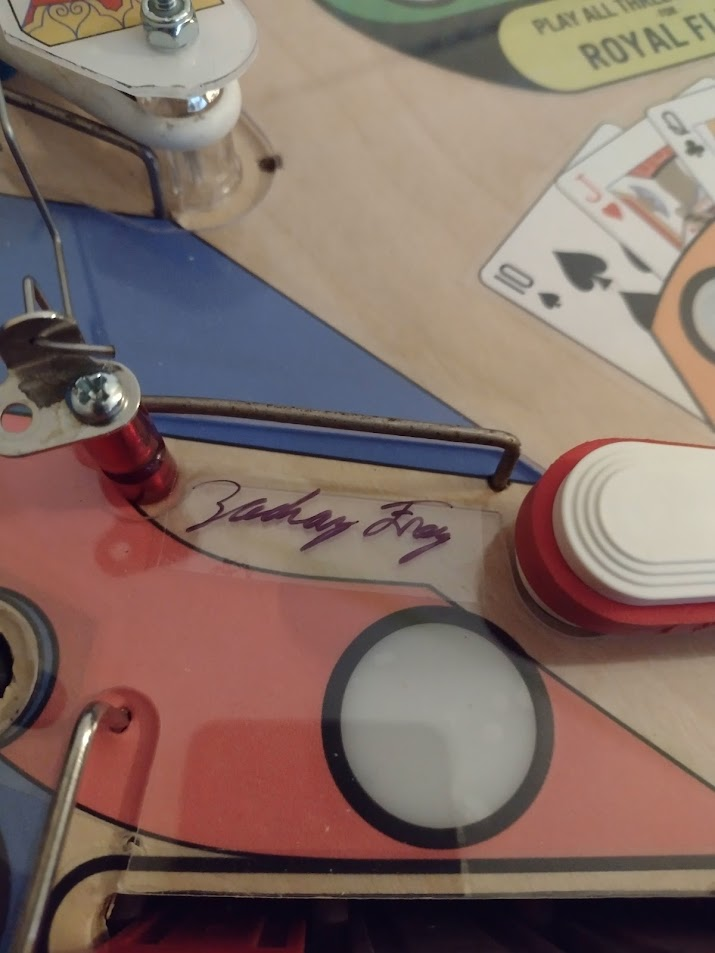 Leading up to the event, I had a few people by for last minute testing. This mostly went well, just a few bug reports, and mostly not game breaking, so I was able to resolve the important ones in time. With just 2 days to go however, suddenly the game completely died. No lights, no displays, and half the coils wouldn't fire. Eventually I found that the 5V fuse had blown, which would explain why the displays and lights died. I'm not sure what caused the fuse to blow, other than that I found one of the power connectors the for the displays had come off the board, so maybe it somehow brushed something? But it's not really a connector with exposed metal or anything. Anyway, the 5V also powers the mosfets for the solenoid drivers, so without that, some coils weren't getting enough power to fire. Sadly the way that they were getting power was that they were somehow powering themselves off the 3V from the CPU chip through their inputs, which managed to also smoke the CPU from the stress, so I basically had to rebuild both driver boards. Wish I'd noticed that I'd blown a fuse quicker, but not really sure what to do about that problem overall, so instead I just packed 2 spares of every chip used on the boards, in addition to a whole spare driver board, and crossed my fingers that'd be enough. Next game I'm going to try to move to a completely different architecture for driving my mosfets so hopefully this won't be an issue anyway.

Besides from spare chips and driver boards, I also prepped 2 spare Raspberry Pis (although I've never had one of those fail) and 3D printed spares of every single part in the game, since I wasn't sure how the 3D parts would hold up. I've had some games at shows get 200+ plays in one day, and looking at my audits, I've played less than that many test games during the entire development cycle, so despite the game being mostly solid for the past few months I really was moving into new territory.