One thing that didn't cause any issues during testing, much to my surprise, was the lack of plastics. I thought for sure some airball would end up sitting on top of the slings, or manage to fall into the apron area since there's no apron, but that didn't happen once. Nevertheless, it needed to get done. I started by just sticking some index cards on the posts, and hand cutting them roughly to fit the shape 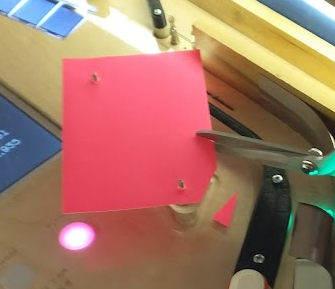 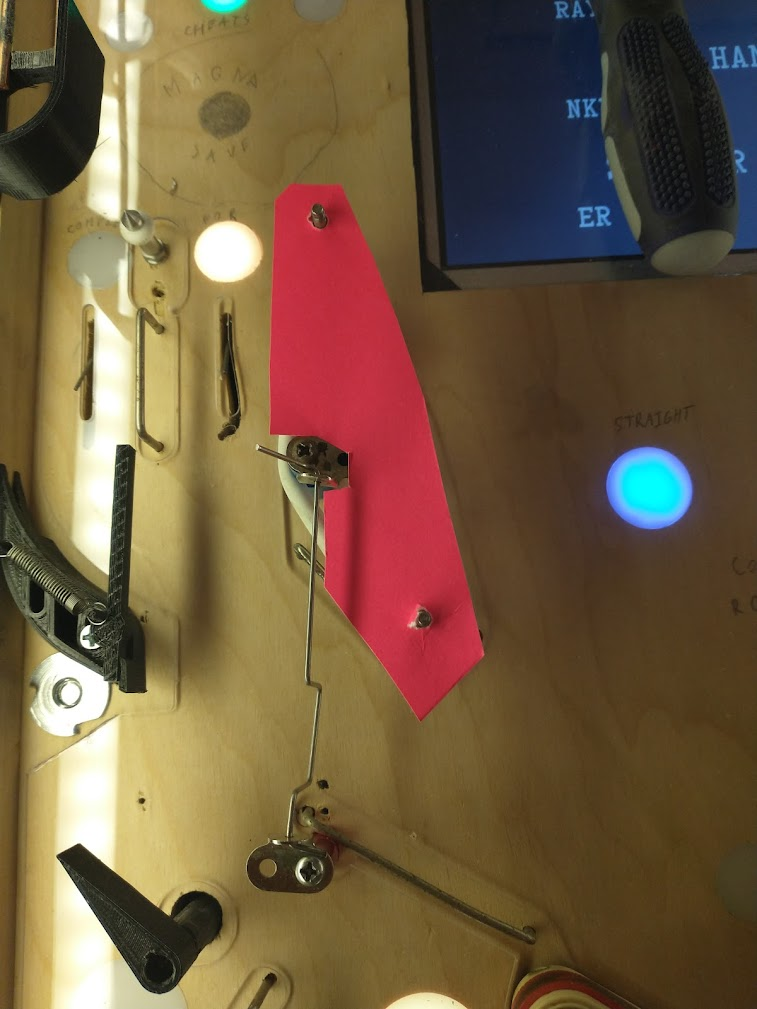 Once I had a few forms ready to test, I grabbed some scrap material from my last playfield cut to practice cutting with scissors and see how clean I could make them. Before I could actually get cutting though, I realized that one of the scraps I'd grabbed looks a lot like my slingshot.... Because it was! Not sure why I didn't think of it sooner, but obviously if you cut out a playfield protector, the left over 'negative' space will be sized to the unplayable areas, which is where the plastics need to go anyway. 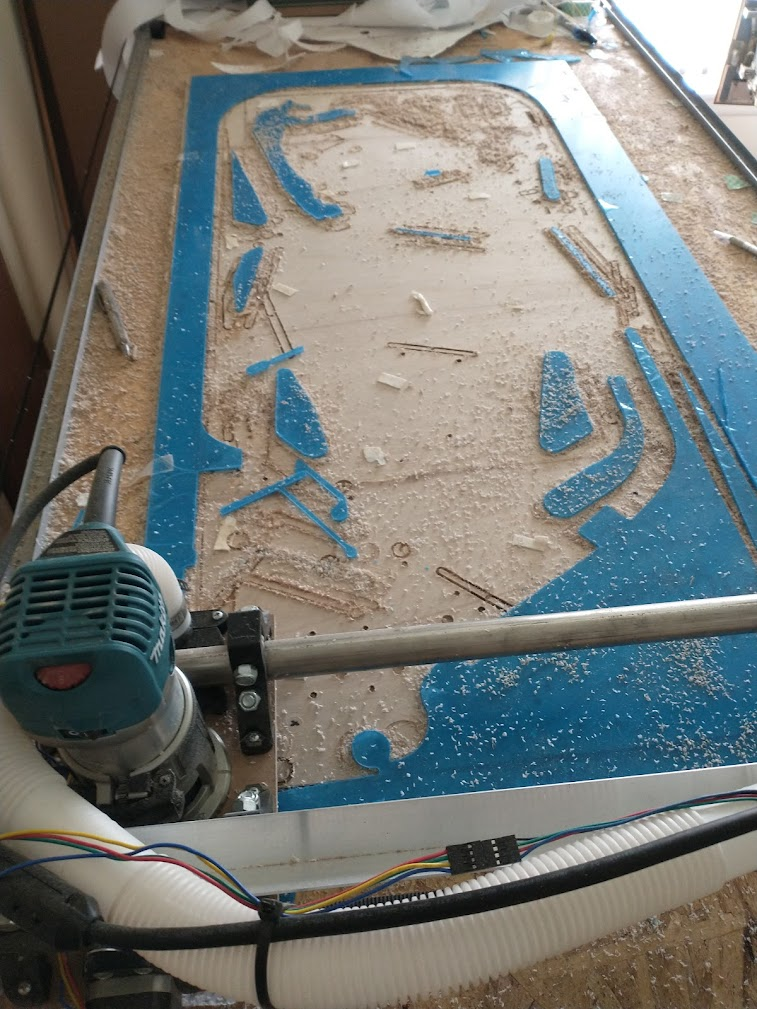 So I drilled a few holes for the posts, peeled off the protective layer, and then drew a border with dry erase marker so they'd show up, and: 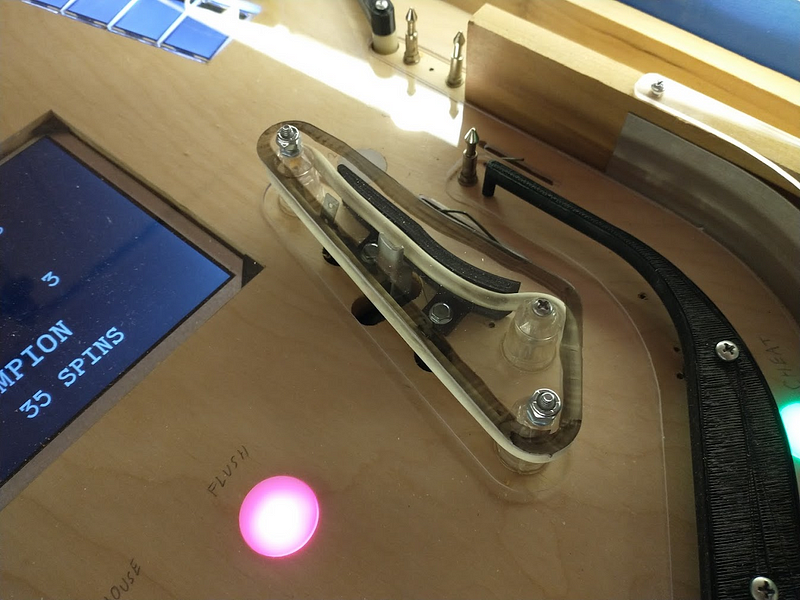 Not bad! The left sling went the same way, but I needed to manually cut out a bit to fit the gate in 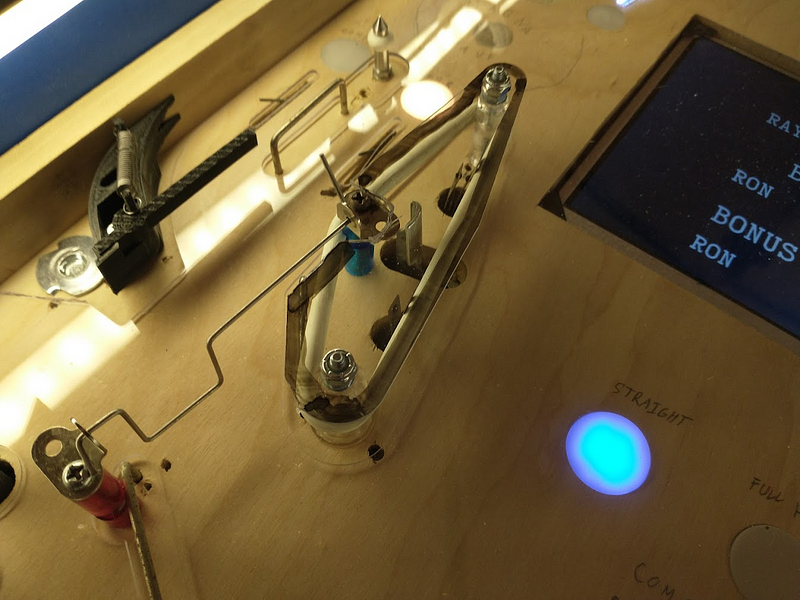 Most other plastics weren't so clear-cut, but I was able to eyeball it and get them to fit without major issues 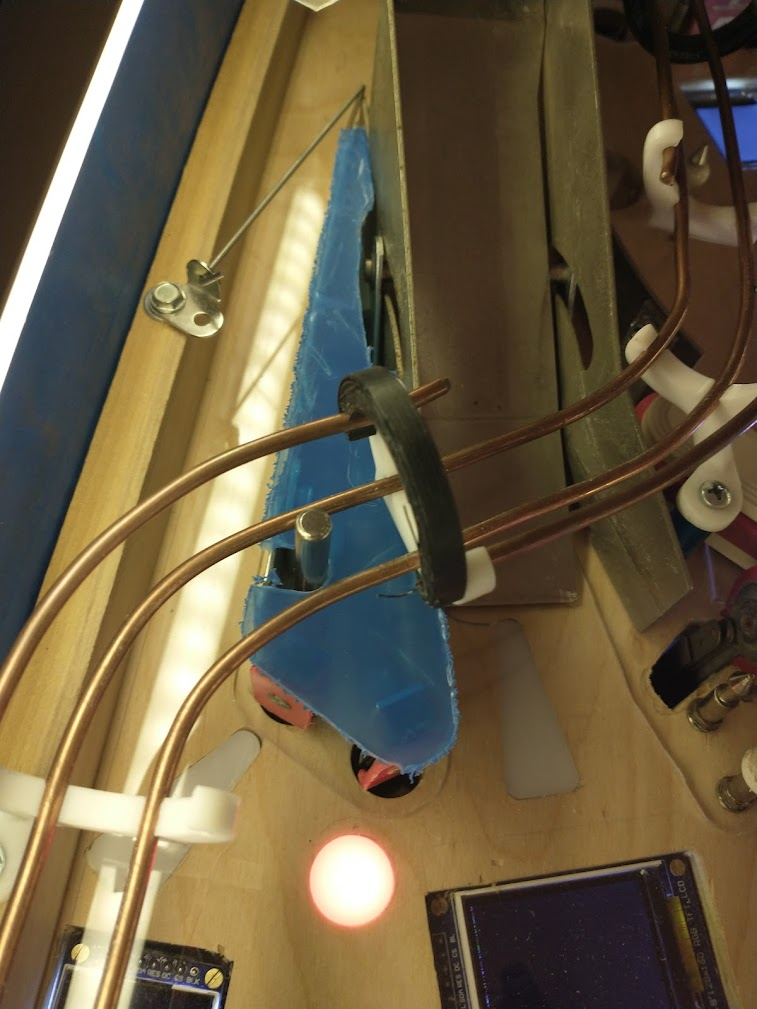 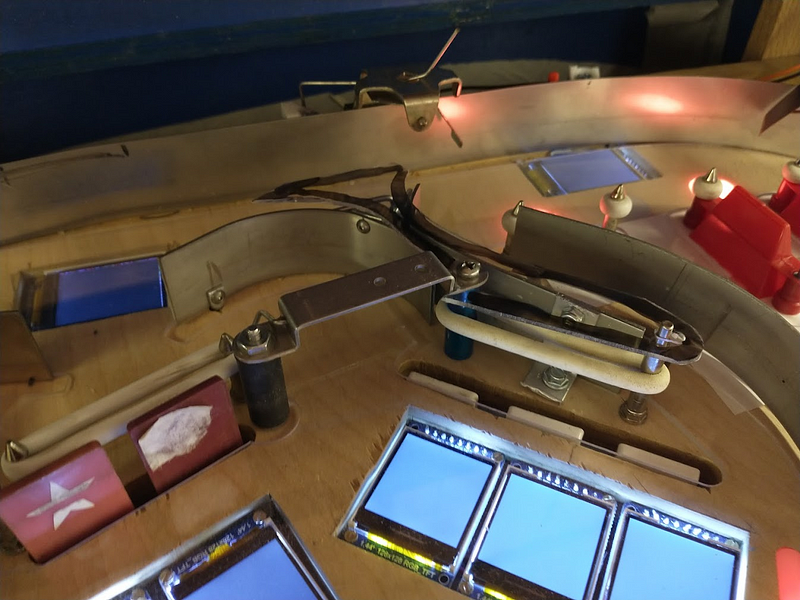 Even the apron was almost ready-made once I chopped it out of the scrap border plastic, although it's not perfect as I had to leave a hole for the handle. 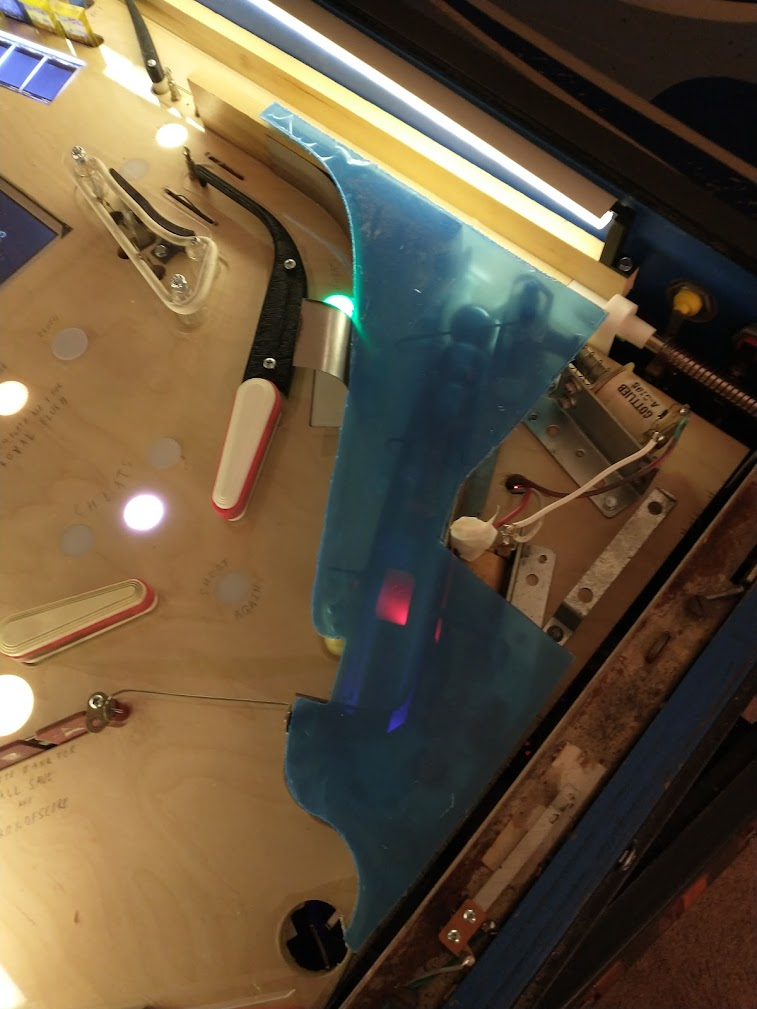 I don't have any 'front' wall for the apron yet either, so I guess technically an airball could still get up there and end up stuck between the apron and the glass, but that's still much better than it falling in and potentially hitting the mechs or something

One thing I hadn't really counted on was the actual mounting for the plastics. For the slings it wasn't too complicated as I just needed to swap the phillips screws for standard pinball ones with a 6-32 thread on top, but many places were made mostly out of mini-posts, which I used since they have the smallest diameter, allowing me to fit more stuff into some tight spaces. They worked great for that, but since they have a pointed top I can't use them to mount plastics, so I'll need to swap some of those out. Trouble is, no one makes a similar post with a wood screw on the bottom and a threaded top, so I may need to dig in deeper than I was hoping and start installing some t-nuts and machine screws. I didn't really plan the playfield with that in mind beyond a normal "well I can swap to machine screws later if the wood strips out", so a lot of those posts are above mechs and may need to have the t-nuts recessed or other annoying things. 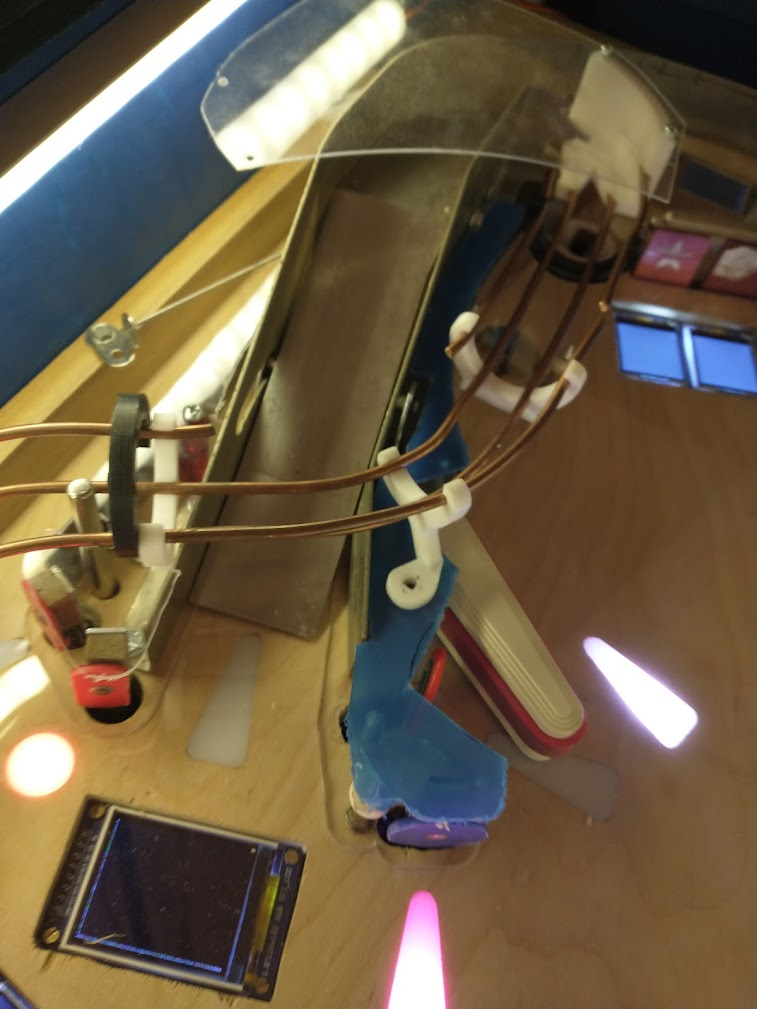