One of the issues I kept running into with the plastic covers was the rollover buttons. My 'free floating' 3d printed ones had ended up working pretty well, but sometimes they'd cause hangups with slow moving balls if the button was also stuck at an angle. In my quest to solve all potential ball trap points, something needed to change. Then someone on the slack channel mentioned these inductive proximity sensors: 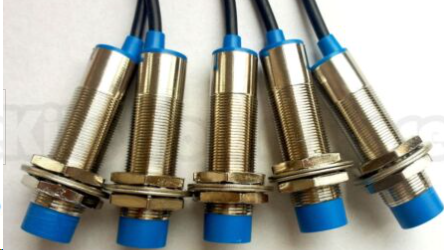 Given their side and range, plus the fact that I don't have a wooden playfield in the way, these seemed like a good way to avoid having to deal with sticking the rollovers through the playfield at all. I ordered a few and my initial tests seemed positive. They were easy enough to power from my 12V supply, and just acted like a normal switch once I added a pulldown resistor. The one issue is that I'm using a switch matrix, so I needed some way to interface these 'constant' switches in. I designed yet another little board to go under my playfield which would basically just hook 4 proximity switches into the matrix 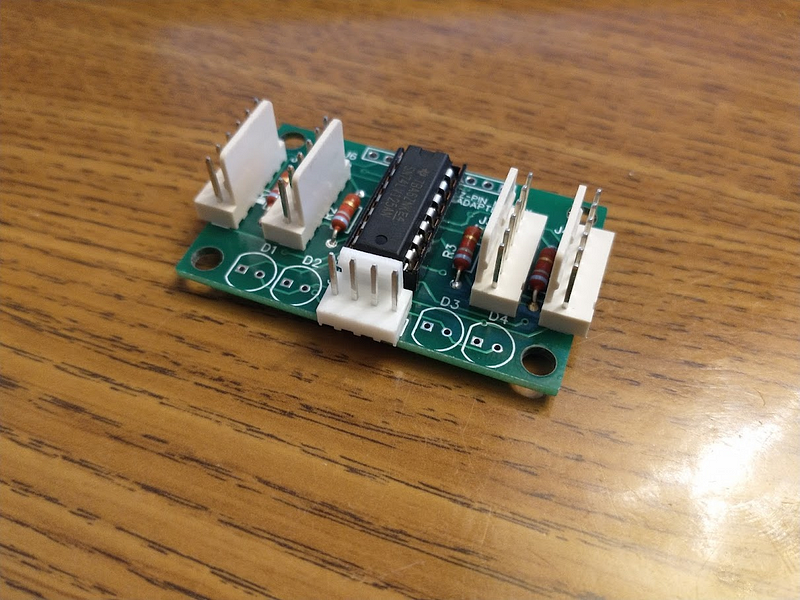 I designed some simple 3D printed mounts, and replaced all my rollover buttons 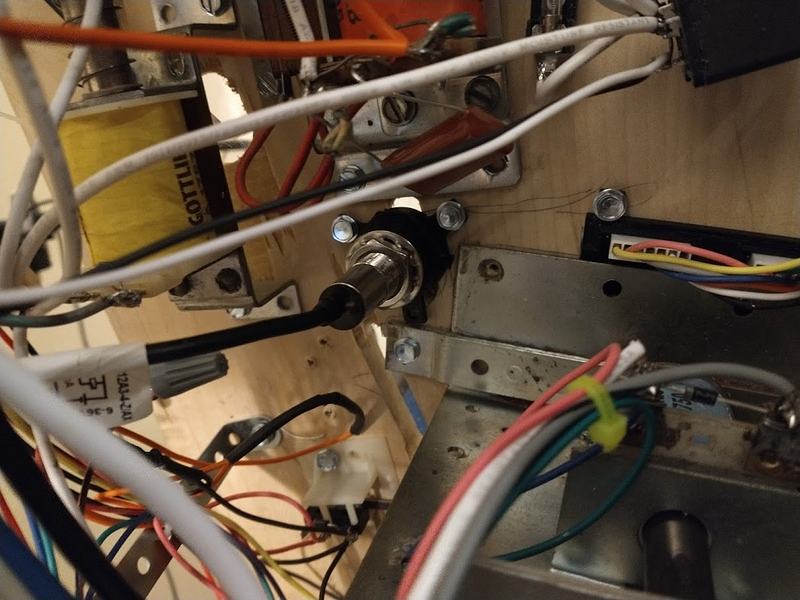 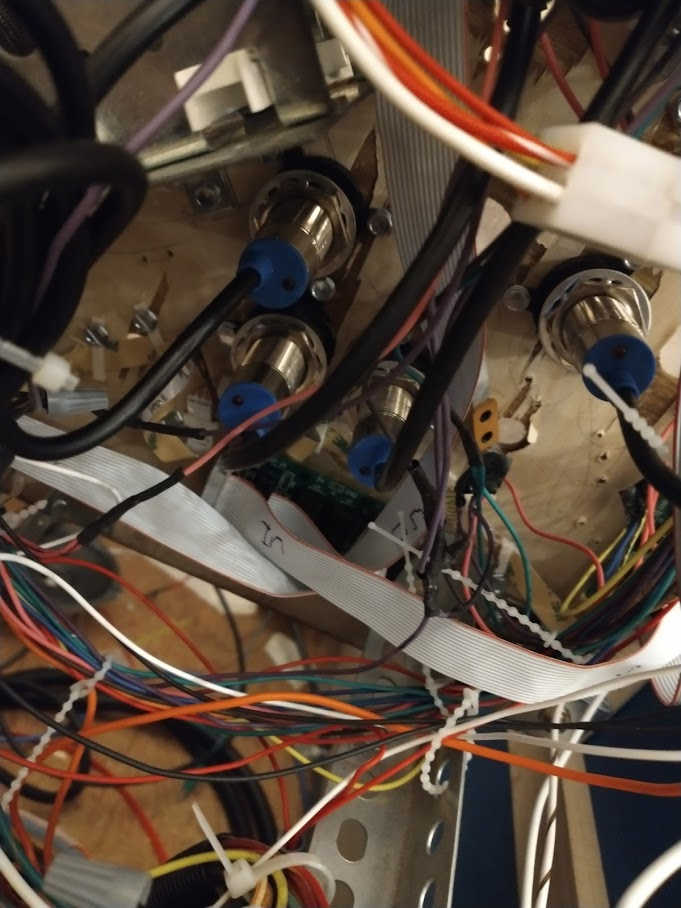 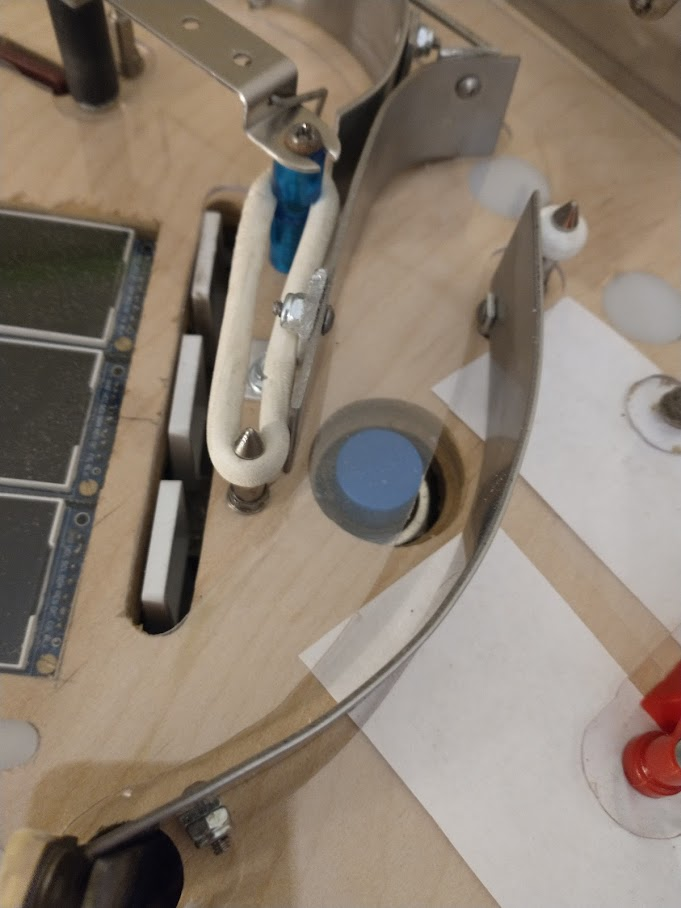 This wasn't quite as well thought out as I'd like, and I had issues fitting them into a few places. I was able to get around that by using some 12mm sensors in a few positions instead of the better range 18mm ones, but the detection of the 12s isn't quite as wide as a star rollover would be. The biggest problem is the rollover in the shooter lane. The 5 bank of drops doesn't leave much room between the rollover and the wall, and the area is just wide enough that the ball can sometimes worm its way past without triggering it. 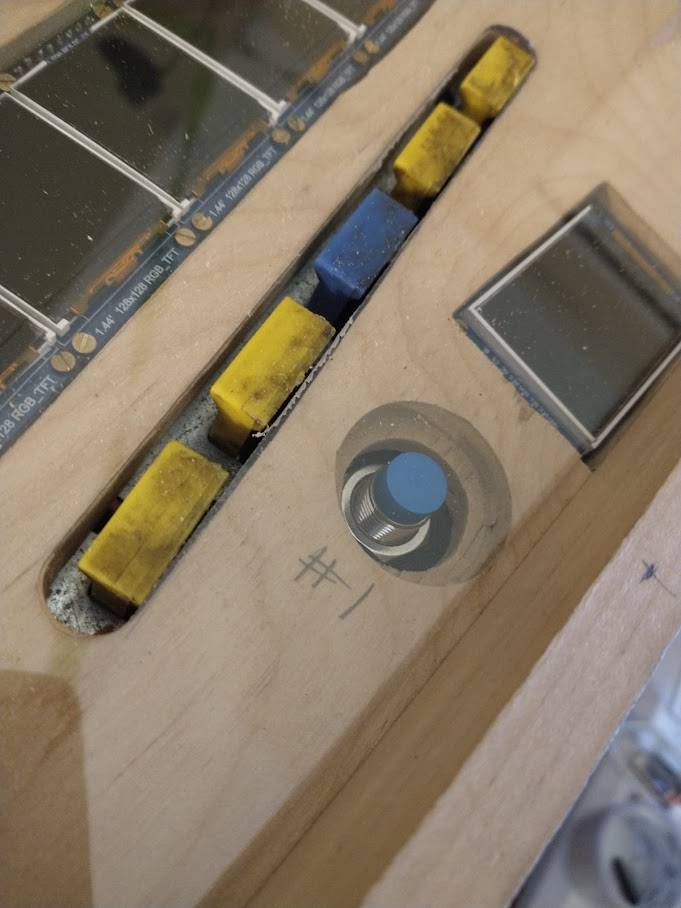 I may have to look into cutting my support rails a bit to make room if this doesn't work out, but I'll see how noticeable it is first. Since I eyeballed the entire cabinet without any planning I've been leaving about 5/8" room on both edges of the bottom of the playfield through the entire length so that nothing could possibly obstruct the support rails, but it could be that this area is far enough forwards that I don't need to worry about it.

Overall these proximity sensors are really cool, and if I'd known about them before I started building my whole playfield might be completely different. I could see myself avoiding rollover lane switches entirely, and maybe some of my hanging gate switches on shots too. The one downside is how tall they are. Compared to the very compact sensors I've seen on the Alien pinball machine, they really obstruct stuff under the playfield, and there's a lot of stuff like mounting them sideways in ball guides and stuff that you could never do. Once I get another shipment of spares in I'm going to chop one open and see if all that size is really needed, or if it's just a big empty cylinder to fit some standard industrial form factor or something...